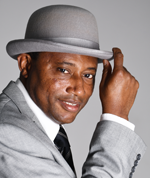 The 'Sureword' word started way back in 1996 by answering serious questions in several Christian aspects but mostly in relationship issues through letters and mails way back in the city of Port Harcourt. This began with the Victory-Life Campus Fellowship in the Rivers State University of Science and Technology. The Victory-Life Campus Fellowship known then as VCF was a part of the famous Victory Christian Church. VCF was founded in 1990. Pastor Jefferson O Imgbi, the President of Sure Foundation Transcend Ministries was ordained and appointed the Resident Pastor of VCF in Rivers State University of Science and Technology in 1996.

When email became available in 1998 in Port Harcourt only limited number of people were in touch, then the ministry was called known 'The Neighbourhood Outreach' later called "Transcend Word" in 2007 began developing an interest in Internet Protocol and by 2001 emails where being sent via Pastor Jefferson's Hotmail account to some couple of friends. The first edition from the city of London in the United Kingdom was sent in October 2005 and by January 2006 over 1000 people received the devotional. Eventually MSN seized the account because it was reported as a Spam due to the volume of mail going out.

It took one week of consultation with MSN for the Hotmail account to be release. Before the release the devil thinks he has won but a new door was about to open "And we know that all things work together for good to them that love God, to them who are the called according to his purpose" Romans 8:28

With this came a growing vision, and the need for a web site God has ordained. The vision has been written in plain text so that he that read may run with it. The Transcend Word is the Word of God that exceeds and goes beyond your wildest expectations, touching and changing everything, every circumstance and challenge by bringing them into manifestation of God's own will. Today the Neighbourhood Outreach has given birth to The Transcend Word. Patience has been our key virtue for we know that "God is not in haste but He is quite on time."